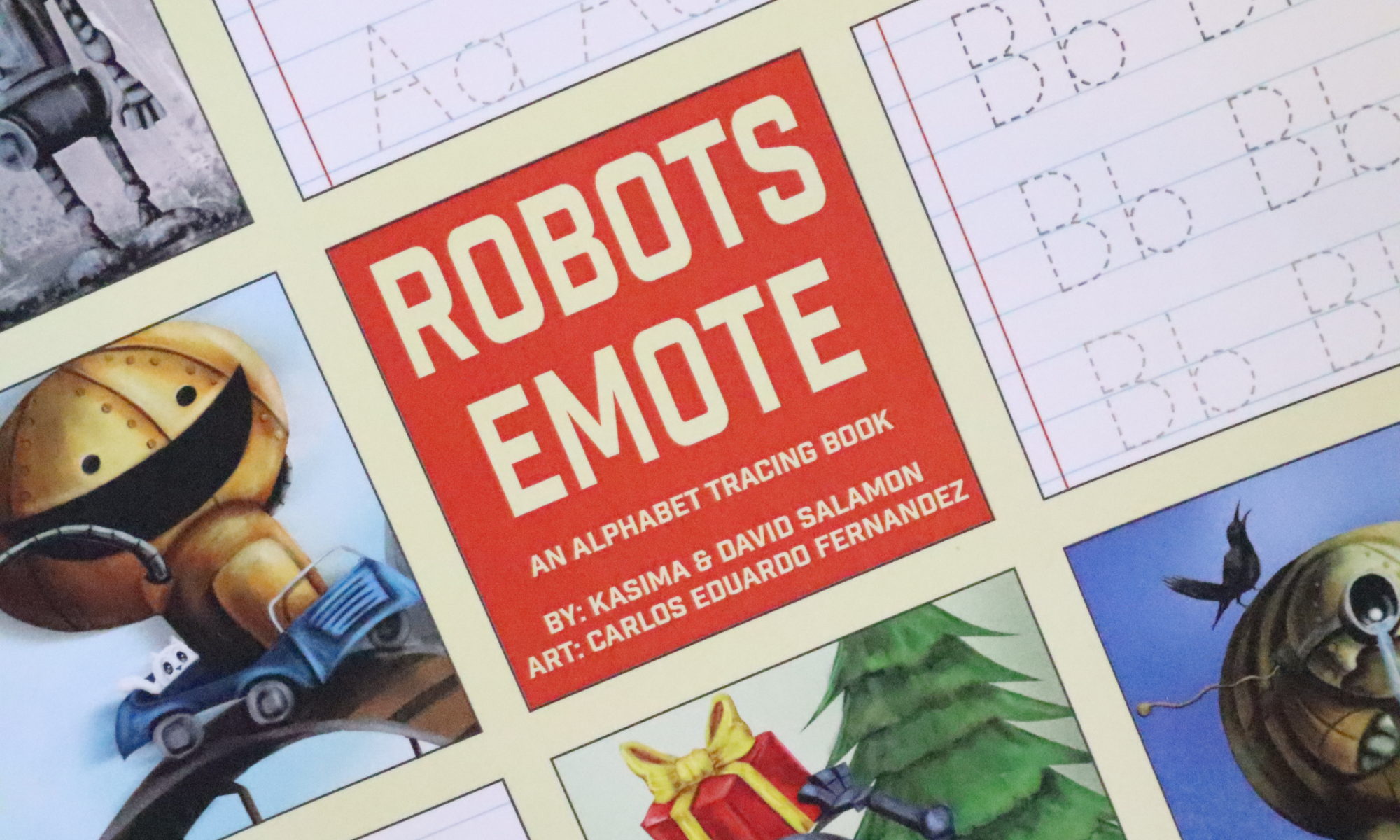 My third ABC book, Robots Emote ABC, is an alphabet tracing book about robots with emotions. I worked with a Venezuelan artist I found on freelancer.com named Carlos Eduardo Fernandez. He produce playful and gorgeous robots for each scene illustrating the emotion of the page. Carlos was fantastic, worked efficiently throughout and incorporated my feedback accurately along the way. My toddlers, unsurprisingly, are full of emotions. This book helps me teach them about the alphabet as well as the numerous feelings they experience every day.

If you want to get Robots Emote ABC, please check it out here on Amazon: https://amzn.to/35RIx32

A look inside Robots Emote ABC

For this book, I decided to add tracing pages to help little ones learn to write. Each page contains ruler guides just like in school notebooks and dotted lines showing capital as well as small letters, along with a sentence describing the scene in the picture. This way the littlest ones can learn letter basics by tracing individual letters and those starting to learn to read can enjoy short phrases to go along with the visuals. The paper used by Kindle is suitable for writing with a pencil, pen, or marker.

When deciding on the cover finishing option in the Kindle Publishing tools, I decided to go with the “matte” rather than “glossy” option this time around. The photos above give you a glimpse of what the book looks like, but it’s most noticeable when you touch the book and adds a great smooth feel to the cover. This also works well for the retro style I was going for with Robots Emote ABC.

I hope you and your little ones enjoy Robots Emote ABC – An Alphabet Tracing Book. If you have any feedback, please let me know in the comments below. Finally, if you’re interested in other similar ABC books, have a look at Dreams of Monsters ABC and Princess Spells ABC!